British Columbia, a large province on the Pacific Ocean coast of Canada, is a cruising mecca. It has several climates with coastal temperatures ranging from 22 to 28°C. in summer. Tides range less than 1 metre at low tide to 15 metres at high tide. 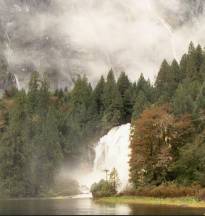 While cruising the Strait of Georgia between the mainland and Vancouver Island, you can often spot seals and Orca whales.

The Sunshine Coast  a favourite cruising area. It includes the southern coastal area of British Columbia north of Vancouver to Powell River area.  Jervis Inlet reaches east far into the mountains up a fiord-like area. 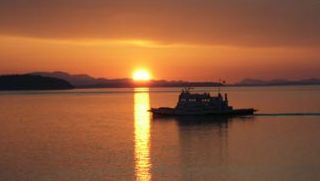 Desolation Sound at the north end of the Strait of Georgia is a beautiful cruising area that everyone should visit at least once. You can anchor alone to swim, watch the sea birds and marine life, then watch the sunset - all with a backdrop of snow-covered mountain peaks. Great fishing for salmon and red snapper is a bonus. You can visit several marine provincial parks and East Redonda Island Ecological Reserve.

If you need the supplies or restaurants, just cruise a few hours west to Campbell River on Vancouver Island. Be sure to plan passages between islands if your boat cruises at less than 10 knots - currents here can even send you backwards! 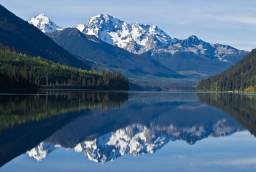 Vancouver Island was named one of 2014's Top 10 Islands by Travel + Leisure magazine. Much of the island is protected parkland. Plus it has a huge variety of ecosystems from rainforests and mountains to beaches, where you can experience great fishing, whale watching, and bird watching.