Ottawa to Kingston
From the Ottawa River at Ottawa, Ontario, the canal rises 84 metres (275 feet) to the Rideau Lakes, then descends 49 metres (161 feet) to Kingston, on Lake Ontario and the St. Lawrence River. You can continue east to the Atlantic, west to Lake Ontario, Quinte, Trent-Severn Waterway, and the Great Lakes, or south to the New York State Canal which leads to the Hudson River and New York City, and also south to the Erie Canal. In winter, the Ottawa part of the canal is lowered to create the longest skating rink in the world.

Boat Traffic:
Every year, 90,000 boats pass through its locks. Traffic is about 20% U.S. boats; about 10% sailboats. Numbers of canoes and kayaks is increasing. The Ottawa lockstation gets the most tourists, but the Narrows lockstation linking the two largest lakes has the most boat traffic. 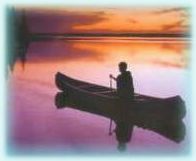 Charts for the Rideau Canal:
Charts needed are #1512 Ottawa to Smiths Falls and #1513 Smiths Falls to Kingston. It is mandatory to carry a copy of the Canal Regulations. These can be ordered from Canada's Hydrographic Chart Distribution Office (Government Directory).

Boat Ramps at Lockstations:
There are ramps at Edmonds, Smith Falls (detached), Poonamalie, Newboro and Lower Beveridges. Ramps are indicated on the Rideau Facts lockstation chart.

Winter:
In winter, the locks are drained; the Ottawa reach is lowered to create the longest skating rink in the world; Long Reach (Manotick to Burritts Rapids) is lowered to offset spring flooding.

Recognition:
The Rideau Canal & Waterway was designated a National Historic Site (1926) and Canadian Heritage River (2000), and a World Heritage Site (2007) by the United Nations, recognized for it's place in Canada'a history, its amazing engineering feats, as well its beauty and importance to the area's development, both commercial and recreational.

History:
After the War of 1812, in which the invading Americans were defeated, the Canadian government feared attack by Americans along the heavily fortified St. Lawrence River. The Rideau Canal, built between 1826 and 1832, provided a secure route between Kingston and Montreal. The hand-operated wooden lock doors and sluice gates were built in the same fashion as the locks in England -- except in Canada locks are operated by lock staff not by boaters!